Know All About Palace On Wheels! 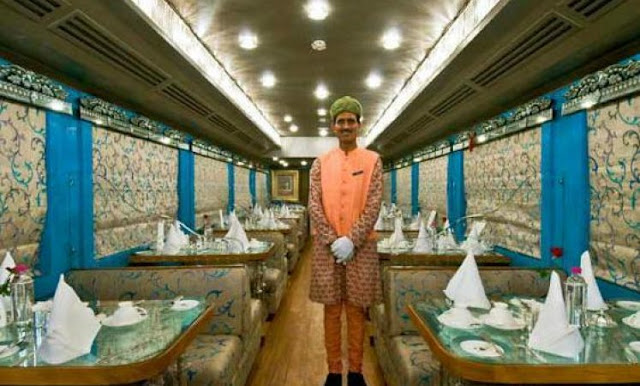 The Palace on Wheels, as its name suggests, is like a palace revolving on wheels and every traveler is like a king. Tourists traveling in these palaces feel one-time as if this train is taking them in a rare period of history as opposed to time. In this journey of visiting Rajasthan's glorious culture, tourists fully experience the splendor and luxury of the past for a week. That is why the journey of Palace on Wheels is counted among the ten 'luxury' of the world today.

Perhaps that's why foreign tourists and the country's wealthy class are eager to travel on this luxurious train. The journey of Palace on Wheels starts from the Delhi Cantonment railway station. During this time, tourists are given a tour of the major cities and national parks of Rajasthan, as well as Tajanagri Agra.

More About Palace On Wheels Train:

The passengers of the royal rail arrived at the railway station were traditionally welcomed. The royal train, run in partnership with the Indian Railways and the Department of Tourism, has been changed some time ago for interior decoration, color and design have also been changed from outside.

Significantly, despite the increase in facilities, the fare of the rail has not been increased and it is being operated at the same old rates. The passengers on the royal train visited the Sonar Fort, Gadisar Sarovar, artistic Havelis, sandy dunes of Sama, etc. in Jaisalmer and looked overwhelmed.

The first round of the journey of the "Palace on Wheels" included by the Rajasthan Tourism Development Corporation (RTDC) in its royal trains started from New Delhi on the morning of 5 September. The royal train is being run to make the tourists a very special and memorable and royal journey.

Therefore, the route of the train has also been kept at a select location in India. These places include Delhi, Jaipur, Sawaimadhopur, Chittor, Udaipur, Jaisalmer, Jodhpur, Bharatpur, Agra.